Known as Akshar Brahm, was a prominent Saint, who has given the most valuable contribution for spreading of the Swaminarayan Sampraday (Holy Fellowship).

He was born at 'Bhadara' in Saurashtra on the full moon day of the month of Aasoin the S.Y. 1841. His name was Muljibhai. From the childhood he had a divine vision and he could see with his inner eyes, what Ghanshyam (Bhagwan Swaminarayan) was doing in his childhood at Chhapaiya, far away in U.P.

By this divya Drashthi, he could see the Thread-Ceremony of Ghanshyam on the very day and he described the same to his family. Thus he had Divine Vision and he could have the holy glimpse of sight of Bhagwan Swaminarayan Occasionally. 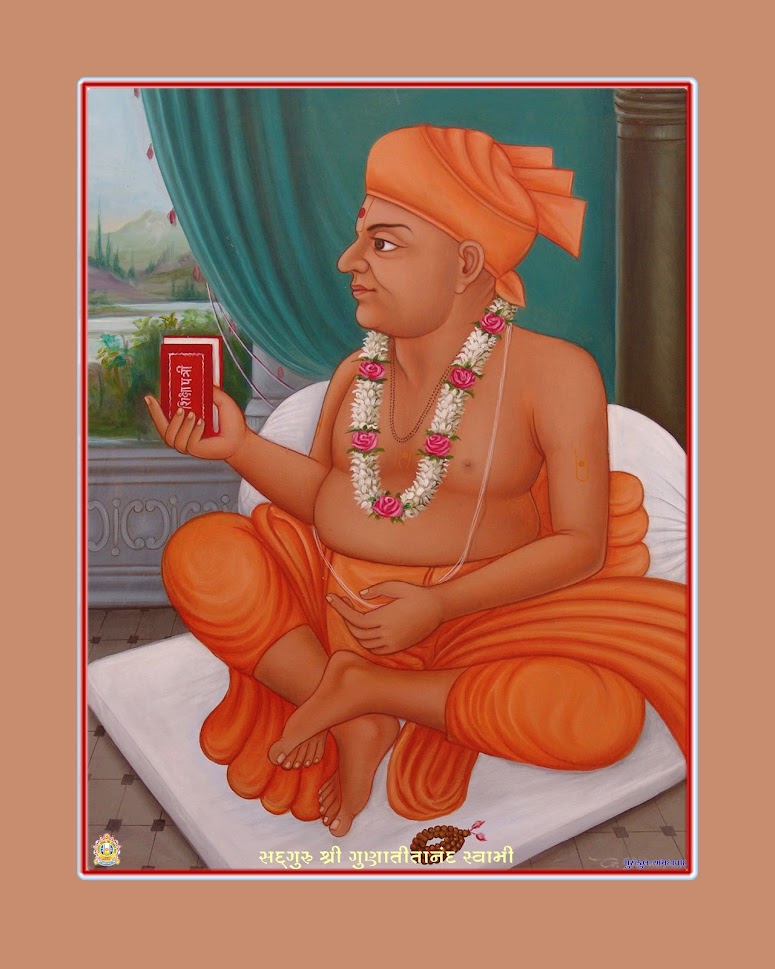 Once after getting divine holy sight of Bhagwan Swaminarayan and inspiration, he left worldly attachments and renounced home in the S.Y. 1865 and he was given initiation as a Saint by Bhagwan Shri Swaminarayan in the S.Y.1866. He was possessing all saintly virtues. He was living very simple but highly spiritual and serviceful life. Bhagwan Swamianrayan was very happy with on him on the account of his ever readiness to serve the sick Saints and thus setting up an ideal example for the same.

He spent about 40 years in Junagadh, as the Mahant(Head) of the Swaminarayan- temple. On this status also, he used to render services even cleaning and assisting construction work in the temple. Though he was uneducated he used to give preaching for hours on high philosophy in a very simple, practical and impressive way, spellbound the mass. By his talks, there was a change of heart even of wicked persons and they were inspired to lead noble life. The book 'Swami ni Vato' regarding his preachings is an everlasttime memory of Swamiji, which is inspiring and guiding many on the path of salvation.

By his blessings, disturbing worldly desires were subjugated. Even the sense of taste and passions were controlled under immediately. He left his physical body at Gondal in the S.Y.1923. independently, sitting in 'Padmasan' pose ,after announcing in advance.